In the latest edition of Twitter vs Elon Musk, the tech billionaire is backing out of the deal. Why? Bots. Elon Musk claims that the company didn’t grant him transparency into just how many bots are running rampant on the social media platform. While he has yet to provide a source, he estimates that as many as 20% or more of Twitter accounts don’t belong to a real human being. These accounts are being used for ill intent – from scamming to hacking to spreading misinformation and fake news. If nothing else, they are an annoyance that hampers user experience on the app. Twitter, on the other hand, is claiming bots take up less than 5% of daily active users which can be monetized. As a result, the two parties are set to face off in a Delaware court to determine whether Elon Musk is going to be forced to buy Twitter after all.

Twitter Bots Aside, Elon should not pay $44 billion…Here are 4 Reasons Why:

Our objective analysis suggests that Twitter is not valued anywhere near $44 billion – and thus, Elon is right to back out of the deal. Bots aside, the Twitter purchase didn’t make sense in the first place. When evaluating the company’s stock purely through technical and fundamental analysis, there are 4 red flags. We ran an in-depth, independent analysis of Twitter using the VectorVest stock analysis system – which tells you what a stock is worth, how safe it is and whether you should buy sell or hold. We’ll explain the VectorVest system more below. But first, here are four reasons the Twitter purchase is a bad deal for Elon:

VectorVest advocates buying safe, undervalued stocks that are rising in price for consistent results in the stock market. Right now, Twitter is missing the mark. 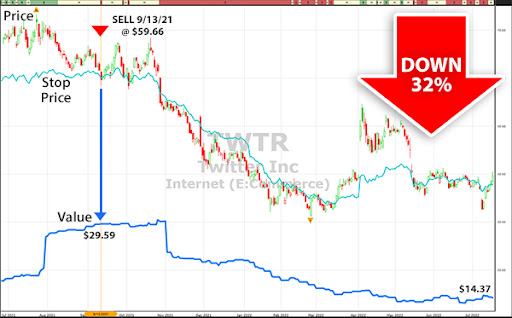 Want These Types of Insights at Your Fingertips so You Can Win More Trades?

Use VectorVest to Analyze any stock free. VectorVest is the only stock analysis and portfolio management system that analyzes, ranks and graphs over 18,000 stocks each day for value, safety and timing and gives a clear buy, sell or hold rating on every stock, every day.

Before you invest, check VectorVest! Click here to ANALYZE ANY STOCK FREE and see our system in action!