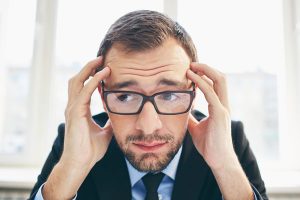 Concerns surrounding the British exit (Brexit) from the European Union loomed this week, but investors tried to remain optimistic until the unexpected results sent shares into a tailspin. Stocks shot higher out of the gate in the first session of the week after polling showed that opposition for Brexit was gaining momentum. The Dow climbed 0.7%, the S&P500 moved 0.6% higher and the Nasdaq advanced 0.8%. Despite trading being rocky Tuesday as the Brexit vote lingered and Fed Chair Yellen testified of a slower pace of economic recovery, the Major Indices managed to hold on to modest gains. The Dow and Nasdaq added 0.1% and the S&P500 rose 0.3%. As the clock ticked on the U.K. referendum, and polls showed it was too close to call, investors were cautious to make any real moves and stock prices suffered mid-week. The Dow faltered by 0.3%, while the S&P500 and the Nasdaq both lost 0.2%. The Major Indexes soared Thursday as investors anticipated that voters in the U.K. would elect to remain part of the European Union in the long anticipated Brexit ballot. The Dow and S&P500 increased 1.3% and the Nasdaq gained a hefty 1.6%. The results of Brexit were in Friday and the wheels came off after news that Britain did, in fact, vote to leave the European Union causing markets around the world to plummet and the U.S. was no exception. The Dow, S&P500 and Nasdaq took it on the chin by 3.4%, 3.6% and 4.1%, respectively. Friday’s extreme losses managed to erase all the gains from earlier in the week and the Major Indices ended lower for their second consecutive week. And that’s The Market In Review.