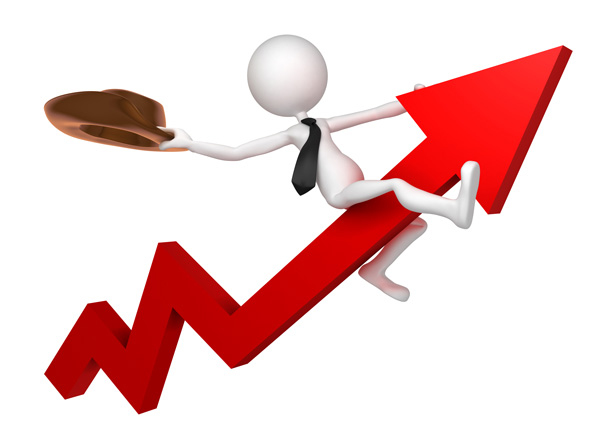 We can examine this amazing ride by looking at a VectorVest Simple, End of Week, All Data Graph showing Price as a line, Stop and EPS. The Low Price indicator shows that AMZN closed at $3.62 per share on October 17, 1997. So the stock Price had more than doubled in the five months since going public. It went on to close at successive highs until it closed at $106.69 per share on December 10, 1999. It became a 71 bagger in less than two years. Unbelievable! 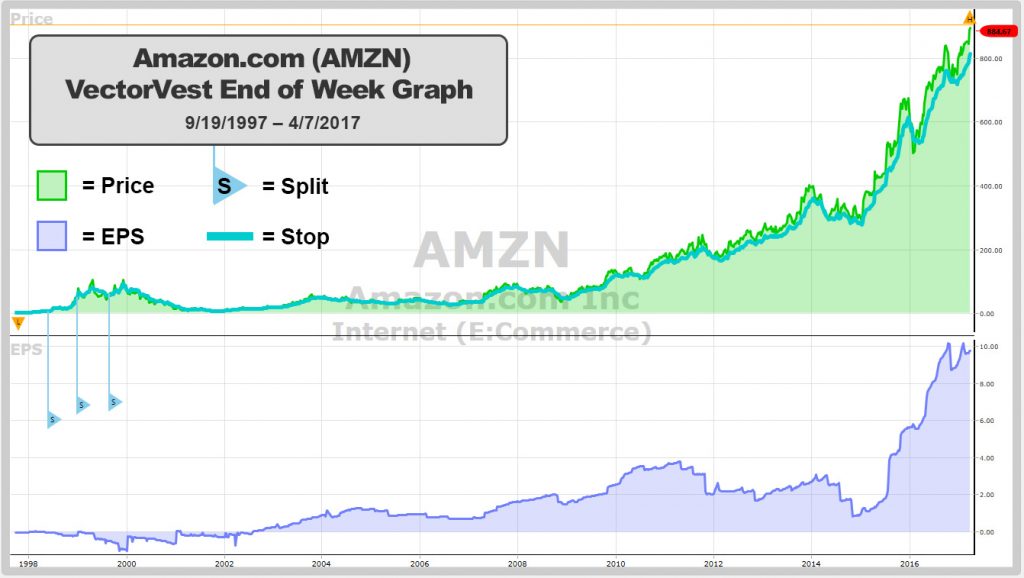 Yes, it was unbelievable, but AMZN was the star of the dotcom era. In December 1998, Mr. Henry Blodget, an internet analyst who hyped dotcom stocks he trashed in private, said AMZN would hit $400 per share within a year when it was trading around $200 per share. AMZN went to nearly $400 per share in a matter of weeks, on a pre-split basis, but he was subsequently charged with securities fraud and banned from the securities industry. See my essay of March 2, 2001, “Henry the Huckster.”

While AMZN’s price bubble burst along with most of the other dotcom stocks, it managed to stay in business. However, it closed at $5.97 per share on September 28, 2001, down 94.4% from its previous high. Even though AMZN was still losing money, the price drop caused RV to rise to 0.51. From that point on things were looking up.

At close to $900 a share, Amazon’s founder, Jeff Bezos, is said to be the second richest man in the world. Like many other multibillionaires, his biggest problem is finding something to spend it on. He’s a fan of Star Trek and has founded an aerospace company called Blue Origin, which he hopes will someday provide panoramic sight-seeing flights into space.

He’s been selling billions of dollars of Amazon stock to fund the venture. I wonder if he will be the first to try it out. Like his stock, he too would be Flying High.