With the legalization of recreational marijuana in several American states on the horizon, marijuana stocks were on a tear in the last couple of months. Let’s look at a graph of this industry to see just what I’m talking about. Click on Graphs on the main toolbar, click on the dropdown next to Stocks and select Industry. In the box to the right of Industry, scroll down the alphabetical listing to Healthcare (Marijuana). Viola, the Industry Graph pops up. Add the RT Ranking field to the graph by clicking on Add Parameter, then Capital Appreciation, then RT Ranking. Scroll down to RT Ranking and select it. 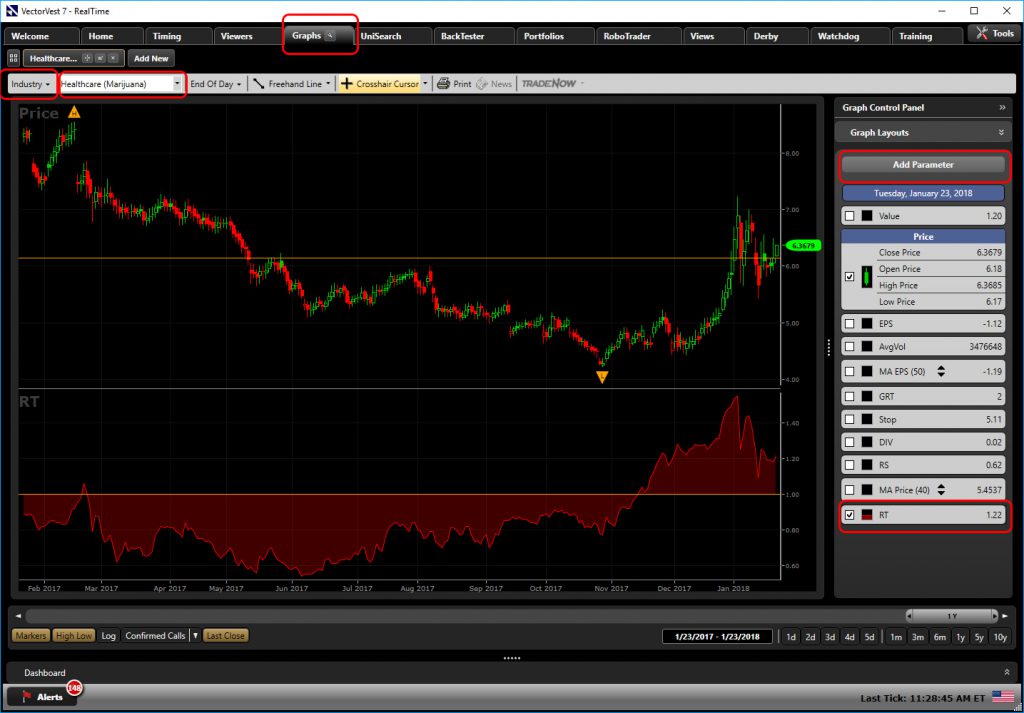 On 11/2/2017, the RT Ranking stood at 208, but by 12/27/2017, it was number 1! It stayed there until 01/04/2018 when Attorney General Jeff Sessions announced that federal law prohibiting the sale or use of marijuana in the U.S. would be enforced in all states. American stocks in the marijuana industry group were crushed. The industry’s RT Ranking currently stands at 71, so it’s safe to say that Sessions snuffed the party as far as U.S. pot stocks were concerned.

However, U.S. law is only U.S. law, and another North American country isn’t following suit. Canada is providing us with an opportunity to continue to invest in marijuana stocks and make some money. If you look at the same industry graph in VV 7 Canada, you can see that this industry has been one of the top 3 industries over the same time period (actually a little longer). There are currently 23 weed stocks in the VV 7 Canada database (If you don’t have access to the Canadian version of VectorVest, it’s easy to add it to your current subscription for just $20 a month. Just call 1-888-658-7638). You can invest in these Canadian shares easily by opening an account with Interactive Brokers. 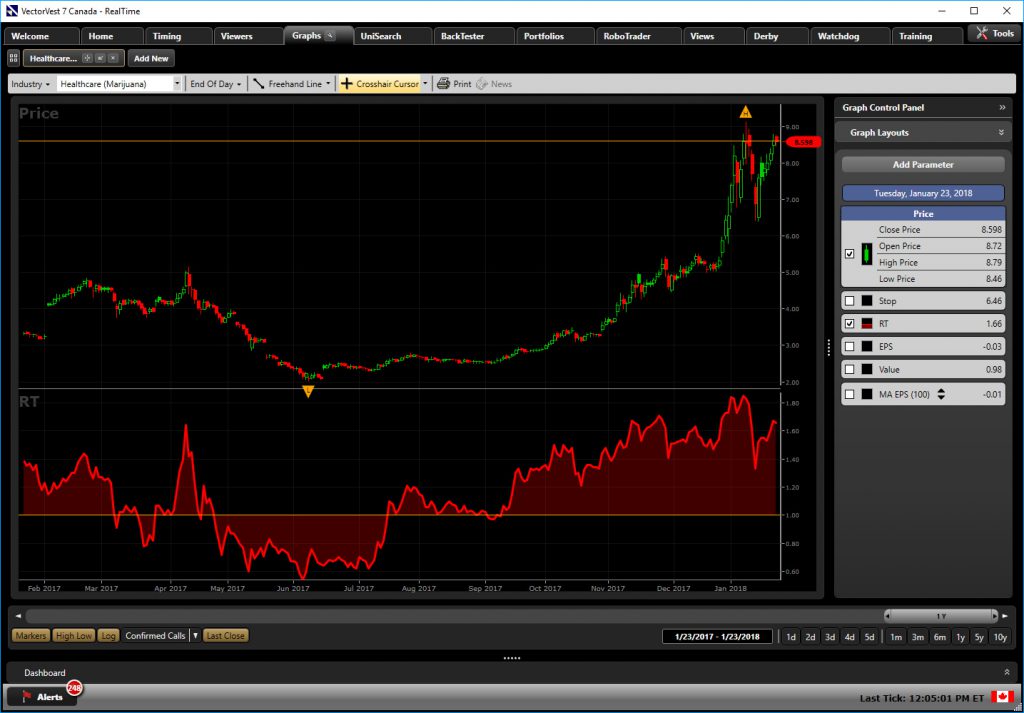 If you don’t want to cross over, there are still some opportunities you can consider. There are 10 Canadian companies currently traded on American Exchanges in the VV 7 US database. For your convenience, we’ve created a WatchList in the Overview WatchLists folder called, “CA Pot Stocks.” Take a look at them, there may still be time for you to join the Marijuana Mania. 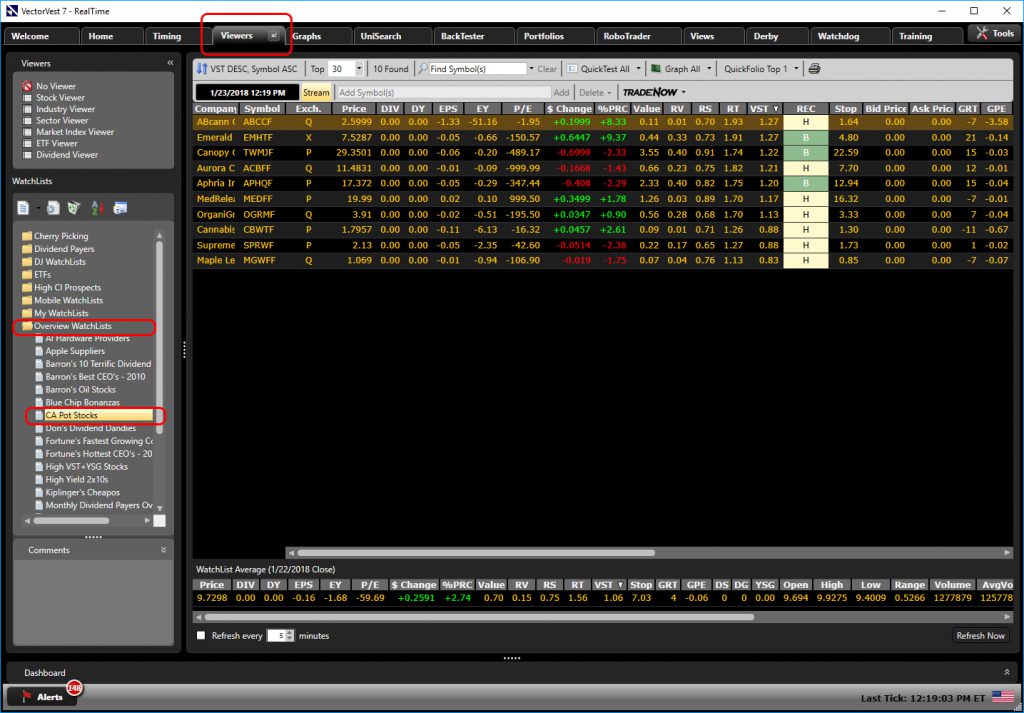 Want to find great stocks in great industries, too? Start a trial today!